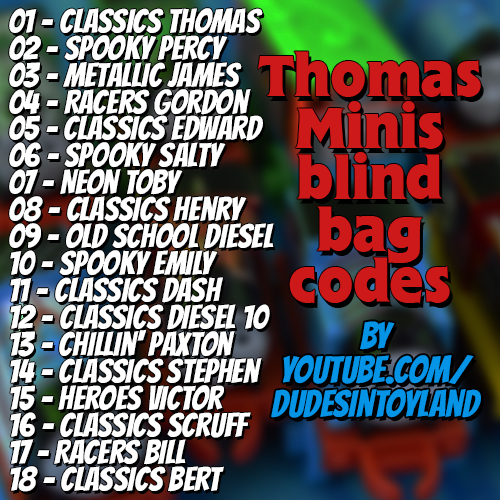 Here are the codes for the Thomas minis blind bags! I've made it into a handy graphic so you can pint it, gram it...you're free to do whatever you want with it. BUT! Use the codes at your own risk. I did spend some time checking the videos of other YouTubers, and their codes seem to match up with what we got. However, I've seen at least one Tumblr page that has completely different codes from us-- some of them for characters we haven't even seen available yet!

Thomas MINIS blind bag codes are found about a third of the way down on the left hand side of the Thomas and Friends blind bags, either on the front or back of the bag. There will be a batch code ("G46A" for instance), followed by a forward slash, and then a two-digit code. (I wasn't even paying attention to the batch codes because they were all the same, but learned that they were batch codes from awesome YouTuber Racegrooves, in a comment he left for Leokimvideo.) 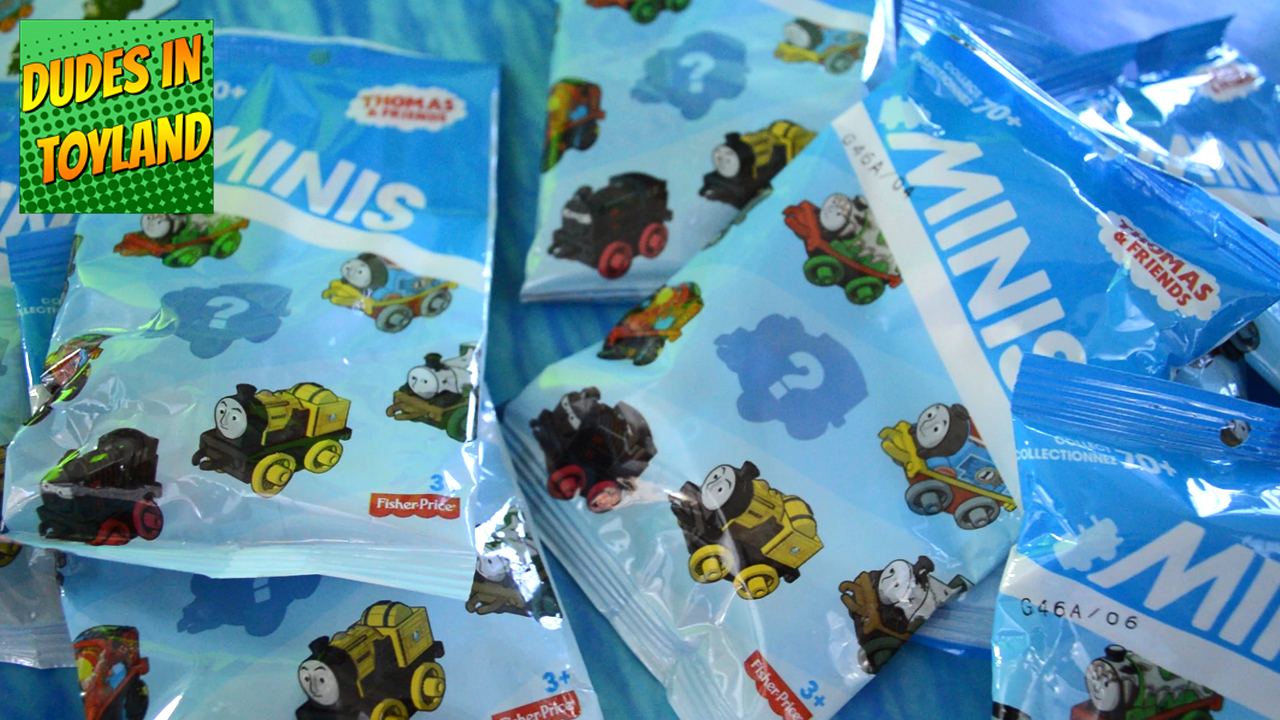 The two digit code should match up to a Thomas character:

And don't forget to watch our Thomas MINIS playlist, which also includes our Collector's Playwheel MINIS case with Golden Thomas.